Thank you to Tomi, Daizy, Alice, Ila and Adrian for producing this report.

'This year, for their class project, Swift class have invited parents to come in and share their jobs, their best recipes, their favourite sport, language, tradition etc

Even if lots of children really wanted their parents to come in, the first one to answer was Alish’s dad from Robin class. He came to meet us on Friday the 15th November.

What does he do?

Mike (Alish’s dad) is a plumber but he is also a carpenter, a brick layer and knows how to do lots of other things. He brought in the tools he works with and we discovered a torch that sticks to metal, a drill, a hammer and a level. He even told us that his favourite tool was the Jack hammer but he couldn’t bring it in for health and safety reasons. We had a chance to try on part of his outfit: helmet, glasses, gloves, kneepads and headphones.

Every day, Mike goes to people’s houses to fix pipes or fit in new equipment. He can even unlock doors but he made sure we knew he had a licence for it.

It was Mr. Tener, one of Mike’s teachers, who inspired him and introduced him to become a plumber. He went to college for 2 years and then did 3 years of extended learning even if he didn’t like it. He had always found school very hard but he never gave up as he really wanted to have a good job. Mike has been a plumber for 24 years and will continue for a long time. He became a plumber when he was 16. He has always wanted to be one (he also wanted to work with children) and to be able to work with his hands as he didn’t like computers. He said “If you can do computers, I wish you good luck”.

The most surprising thing that happened to Mike at work:

One day, he was working on a bungalow and fell from the roof, he couldn’t sit down for days.

We wanted to say a big thank you for the time Mike has given us, it was fantastic, interesting and fun. Now, some of us want to become plumbers.

We hope that more parents will come in and share their stories.'

Also in the News 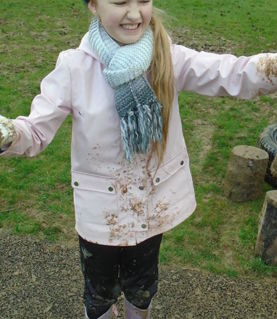